Insect and rodent infestations are far more than a nasty nuisance. Many of the most common household pests can cause you real physical harm in many ways. Here's a look at the dangers to your health that can come with some of the more common pests.

1. Flies Can Do Far More Than Just Annoy You

Flies represent one of the most common pests. People swat at them or find other means of dealing with them. However, you should not take flies lightly. They're a threat to the health of your household.

Flies eat all things filthy. They will ingest human waste, garbage, and anything in decay. They pick up a tremendous amount of bacteria and then spread it wherever they go.

Flies carry disease on their legs and hairs. All a fly has to do is briefly land on something to transmit bacteria and pathogens. Entomologists suspect flies of aiding in the transmission of at least 65 known diseases.

As common as roaches are, many people don't know how much they can affect the health of a household. Roaches that enter homes typically start out in some rather filthy places. When they start establishing nests in a home, they can bring all types of harmful bacteria along.

As cockroaches traverse a dwelling, they leave behind contaminated urine and droppings. If they nibble on something in the kitchen, that thing becomes contaminated. Roaches can carry bacteria for months and deliver it to your floors, surfaces, and food that whole time. They're known to carry viral stomach diseases and common infectious diseases as well.

In a controlled environment, mice can make excellent pets. Unfortunately, when wild mice intrude in your home, they can do more than just nibble on things they shouldn't. Wild mice can carry a number of diseases.

When they scurry about, there's a good chance they're leaving droplets of urine wherever they go. That urine will spread whatever disease and bacteria they're carrying across your floors and any other surface they navigate.

Rats can transmit disease to your floors and furnishings in the same way. Except it's possible for rats to carry even more serious diseases than the typical mouse. In fact, rats can carry some of the world's most deadly diseases, such as plague.

Rats are also far more aggressive. They will force their way into whatever they want to, such as containers they think may have food. They can leave deadly contamination virtually anywhere in a home. Beyond that, rats are far more prone to biting humans. Their bite can carry any number of diseases as well.

These aren't the only pests that can bring harm, but they're some of the most common. Don't let any infestation go unchecked. Even if you only suspect you have a potential pest problem, speak to a professional pest control service like Kettle Moraine Pest Control about your options. 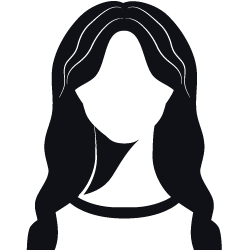 How often do you double check your front door or make sure that your garage door is closed? Although installing a home security system and giving your children instructions about stranger danger might seem like second nature, some people forget that there are real safety threats sitting around their windowsills. My child was bitten by a poisonous spider a few years ago, and ever since then, I have worked to increase awareness about the importance of pest control. A little pesticide can keep dangerous bugs from seeking refuge in your home and threatening your family. My website discusses different ways to keep your kids safe.